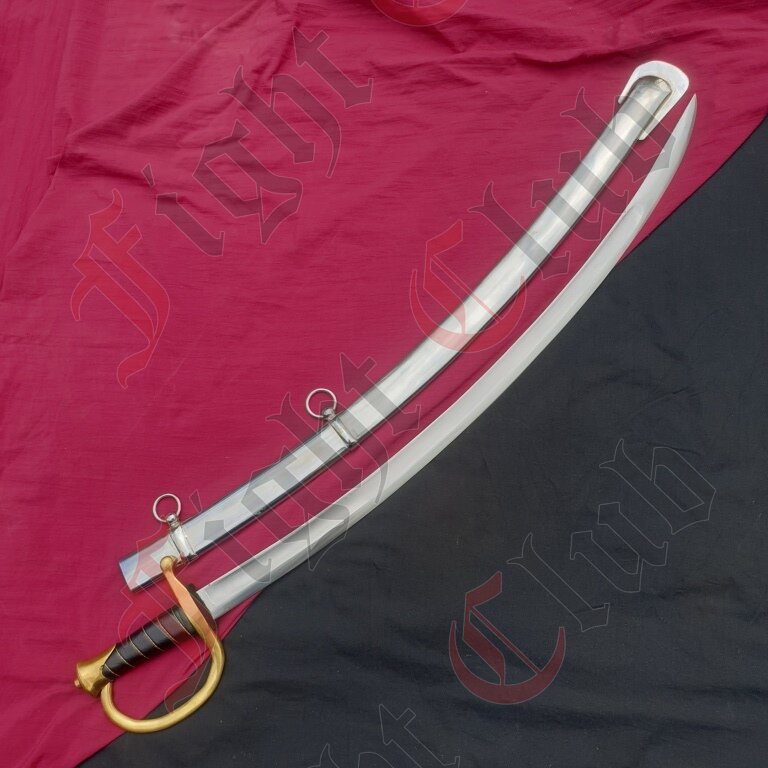 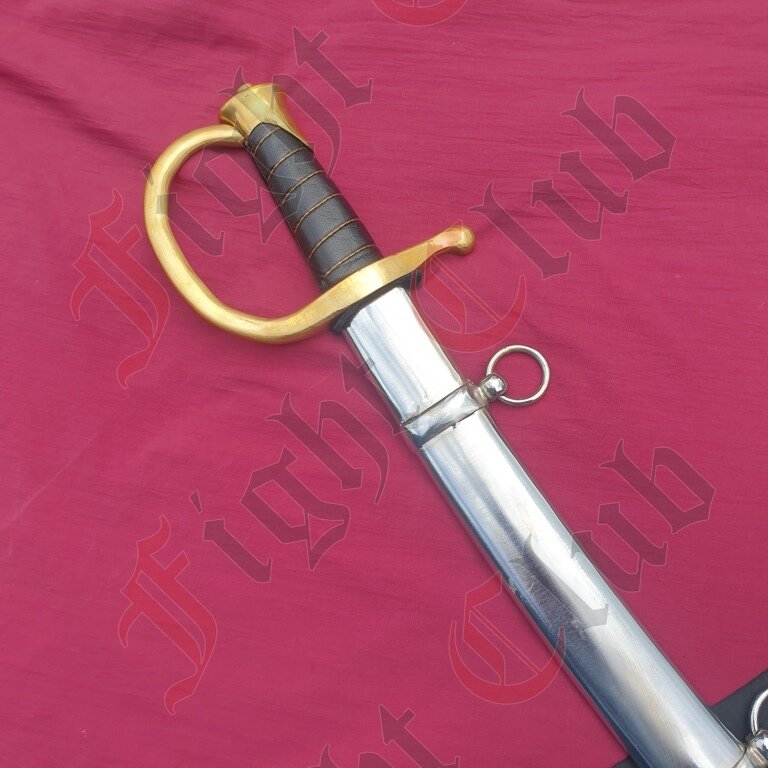 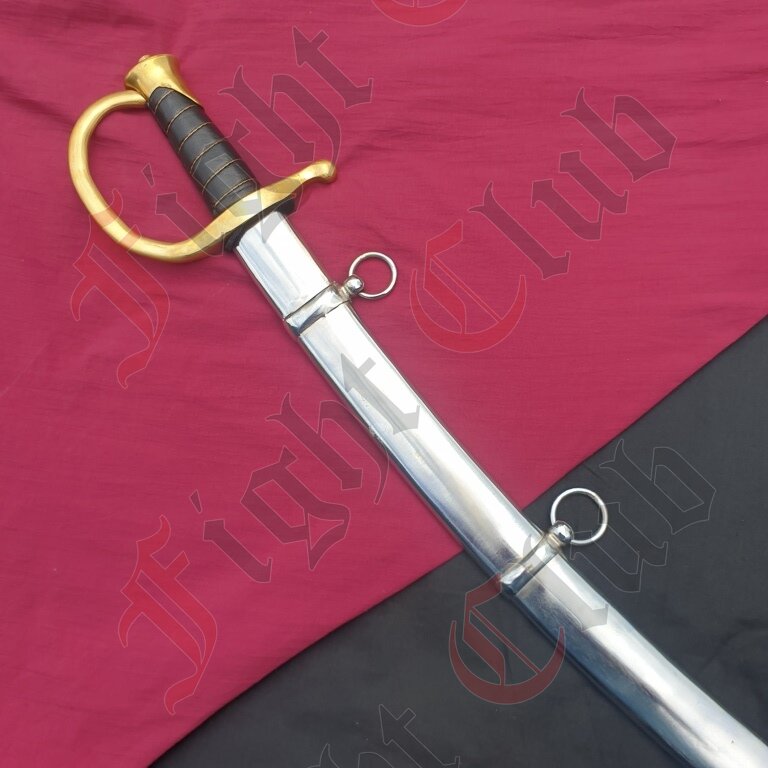 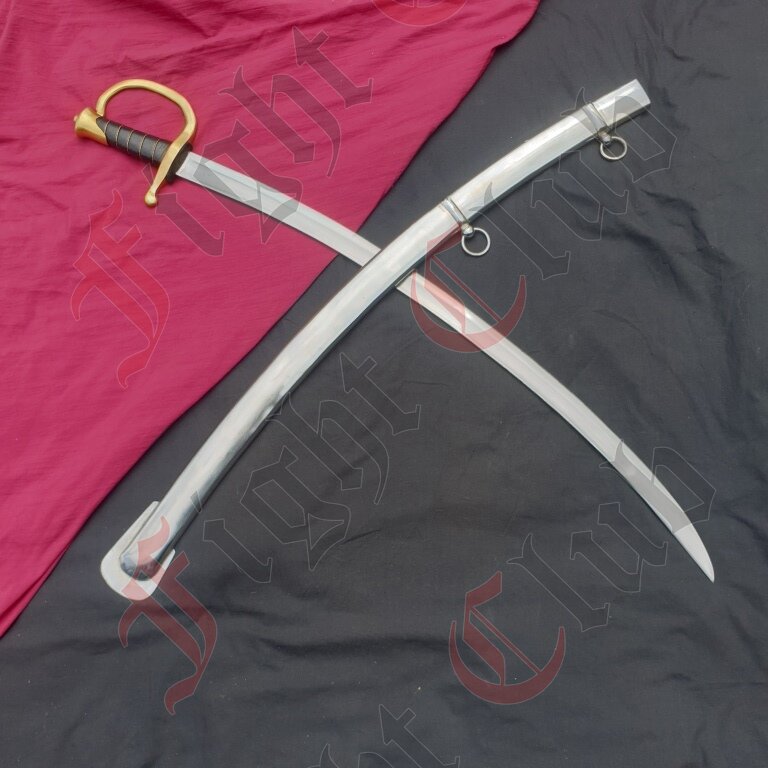 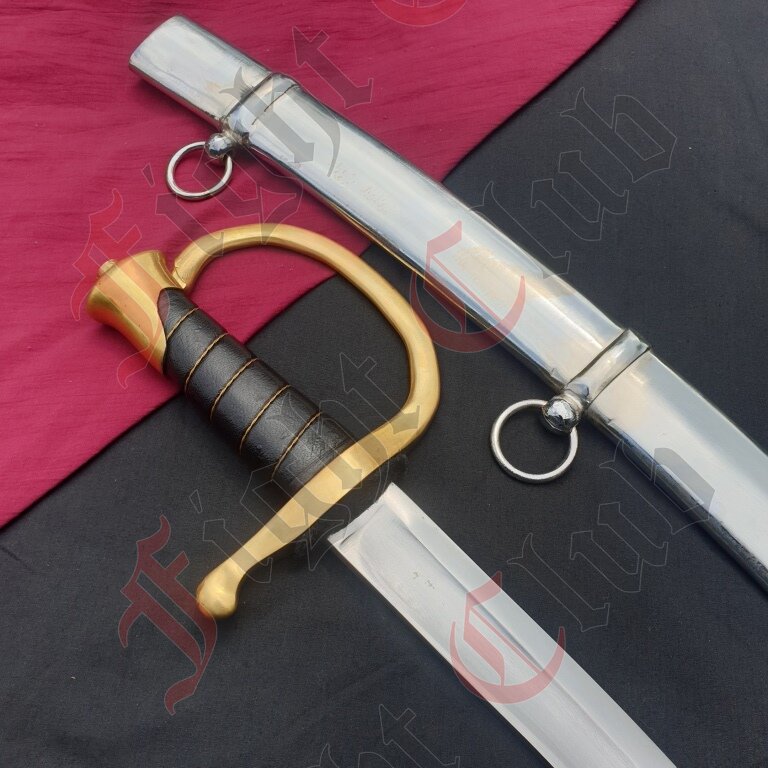 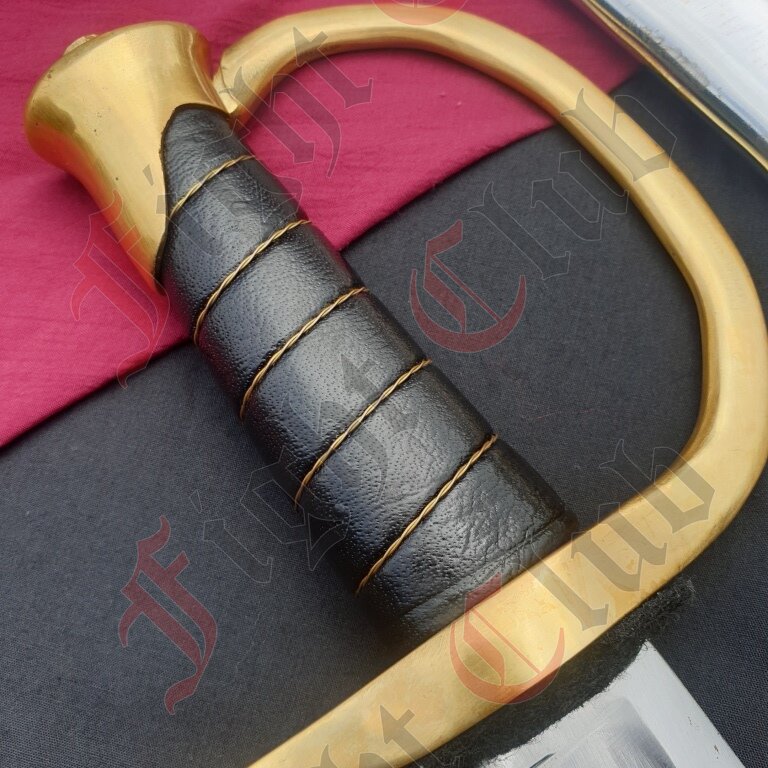 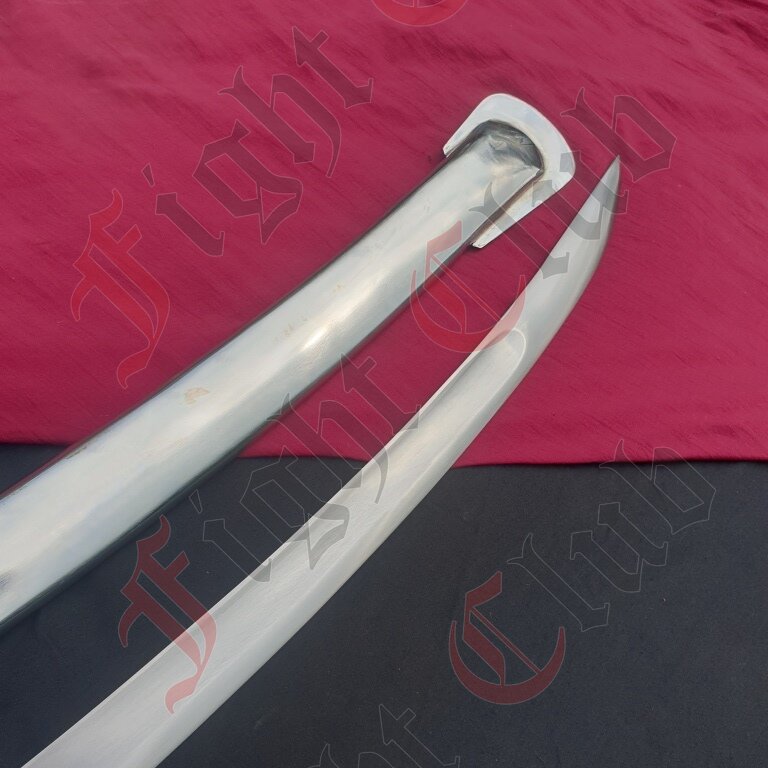 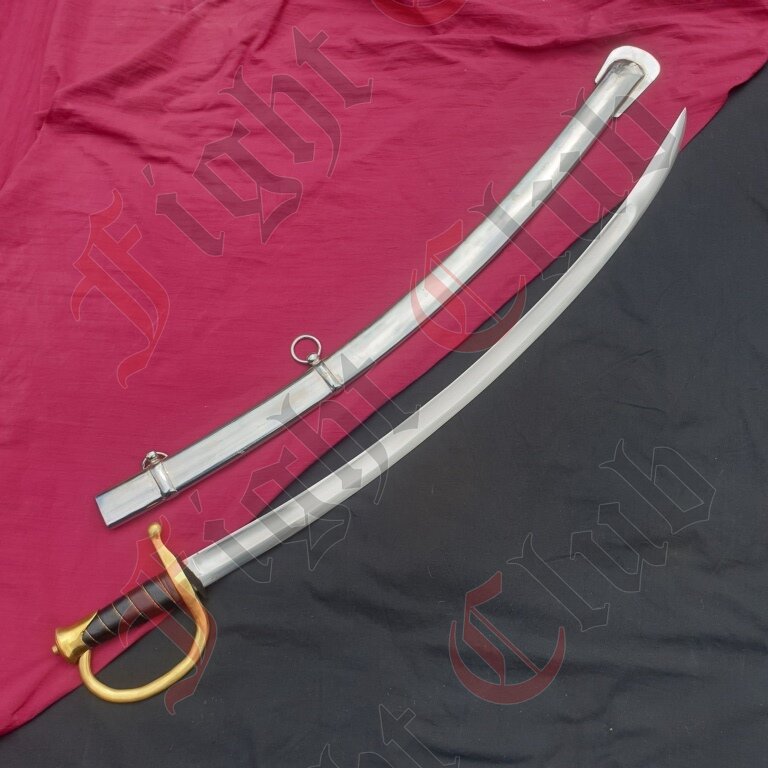 This pattern of sabre saw extensive use by militaries in the early 19th century, especially by the British and French armies in the Napoleonic Wars. Sabres were used to devastating effect by both infantry divisions and light and heavy cavalry brigades. It's elegant but effective design rendered it useful in many situations, and it's popularity spread quickly across Europe in the 17th Century, and then became the dominant military sword in the British Army in the 18th Century, however the sabre was commonly used in most armies throughout this period.

The sabre was continually used into the 20th Century, but at this time it had been reduced to a more ceremonial or traditional status.

Our Sabre is based on a French pattern, and features the classic steeply curved blade, flat grip with leather and brass wire wrap, and a brass knuckle-bow crossguard and pommel. It's scabbard is polished steel and has two belt hooks.

Deepeeka claim this blade is combat ready, but we are yet to fully test it here at Medieval Fight Club. We recommend further rounding of the tip before use in reenactment.