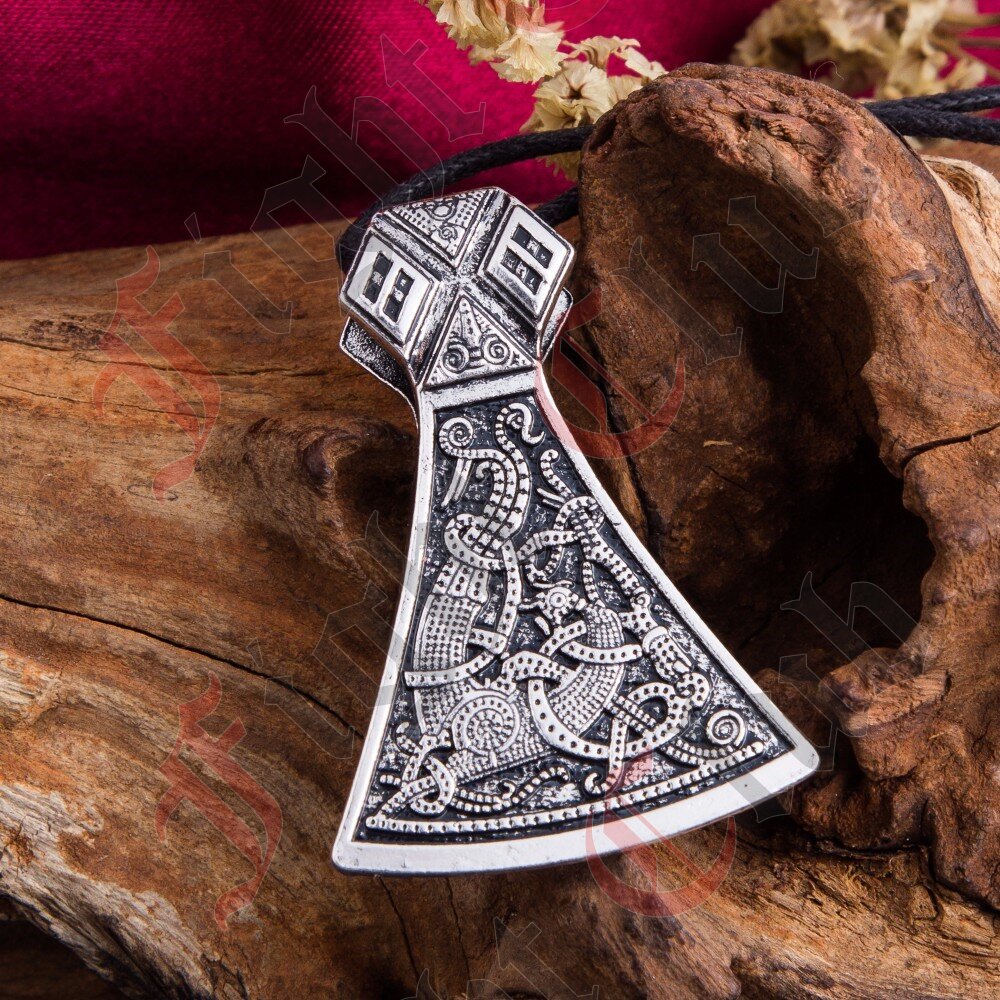 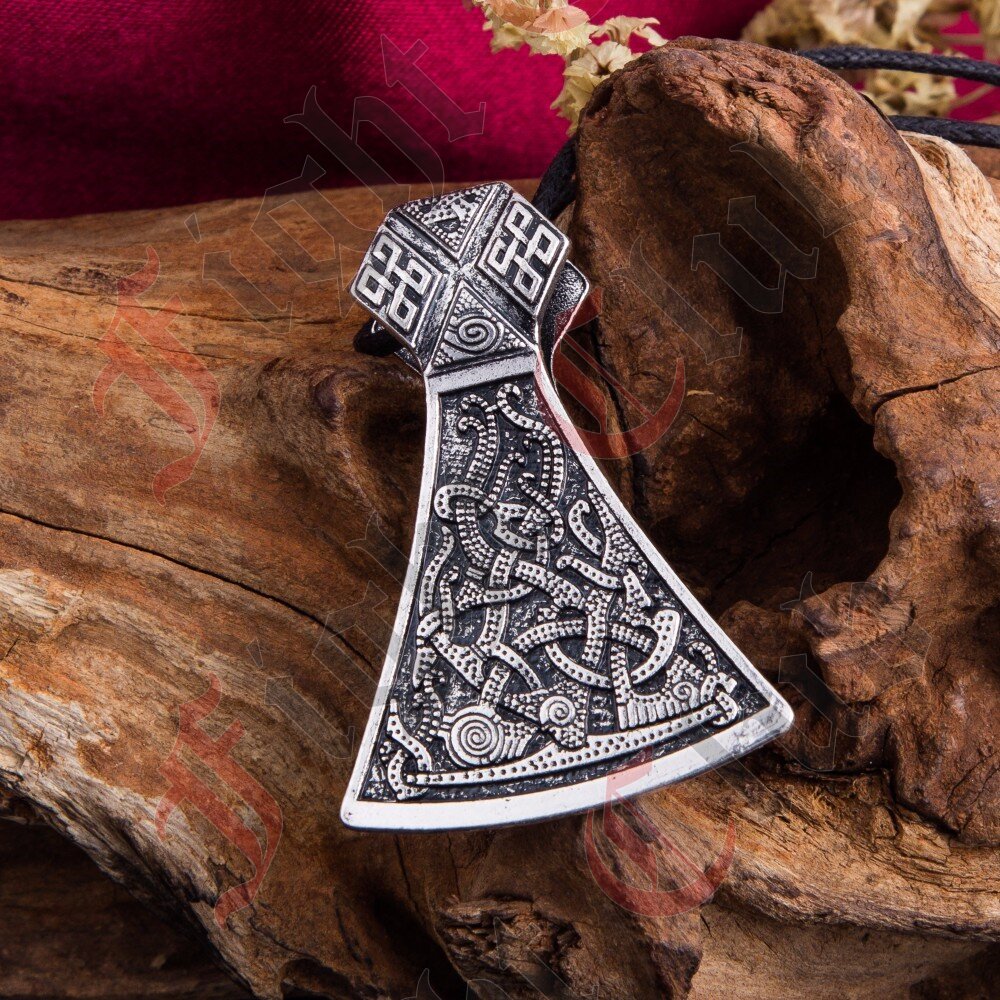 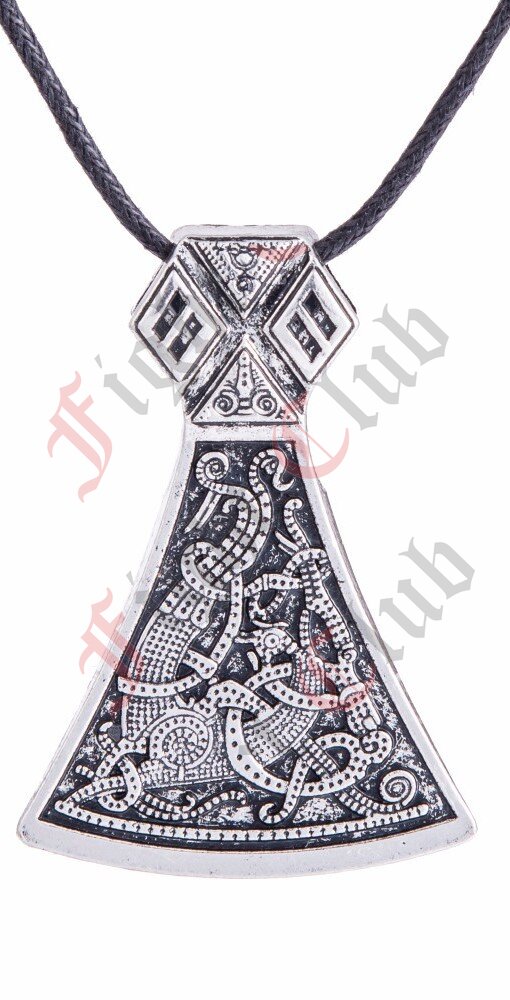 One of the most magnificent finds from the Viking Age is one of the axes from the grave at Mammen. It is made of iron with silver inlay. The axe is decorated in the so-called Mammen style, which is named after this particular find. The style arose in the 900s and it survived until around 1000. The motifs on the axe can be interpreted as both Christian and pagan.

On one side a tree motif can be seen. It may symbolise the Christian Tree of Life or the pagan tree Yggdrasil. On the other side is an animal figure – perhaps the rooster Gullinkambi (Old Norse "golden comb") or the Phoenix. According to Norse mythology Gullinkambi sits on top of the tree Yggdrasil. Here it wakes the Viking warriors every morning and it will crow at the beginning of Ragnarok (the end of the world). The Phoenix is a Christian mythological animal and a symbol of re-birth.

This pendant is supplied on an adjustable cord.