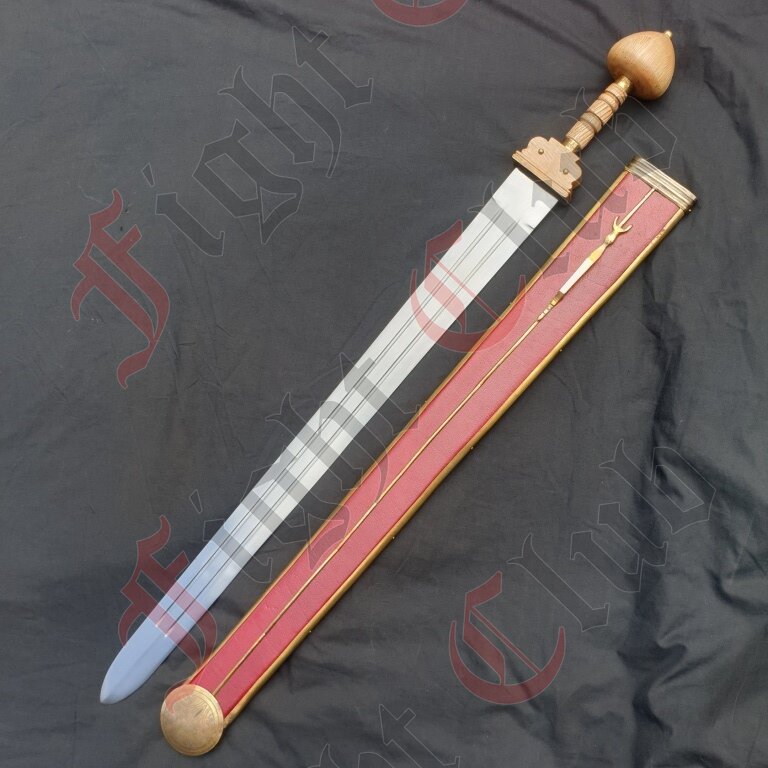 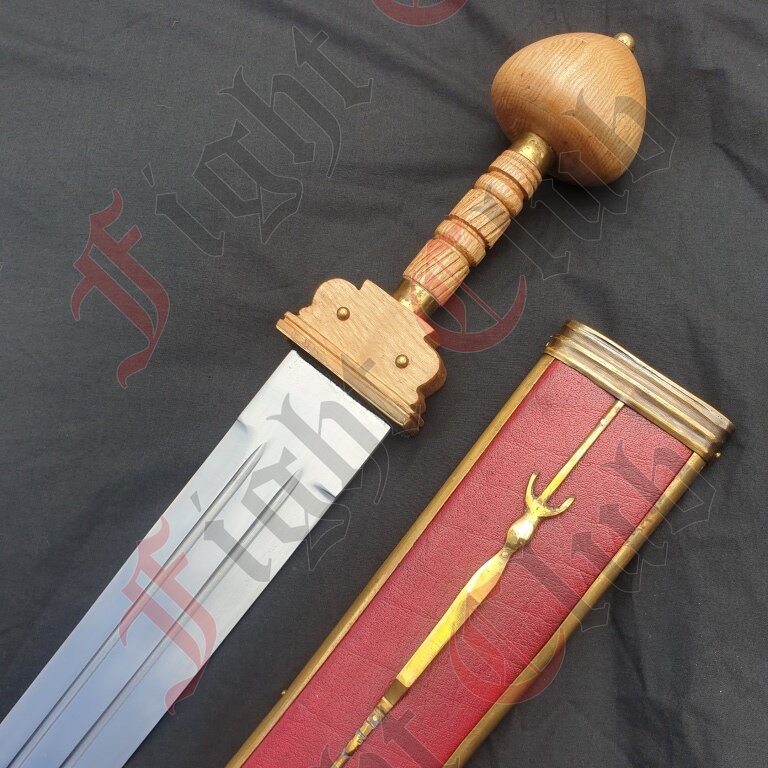 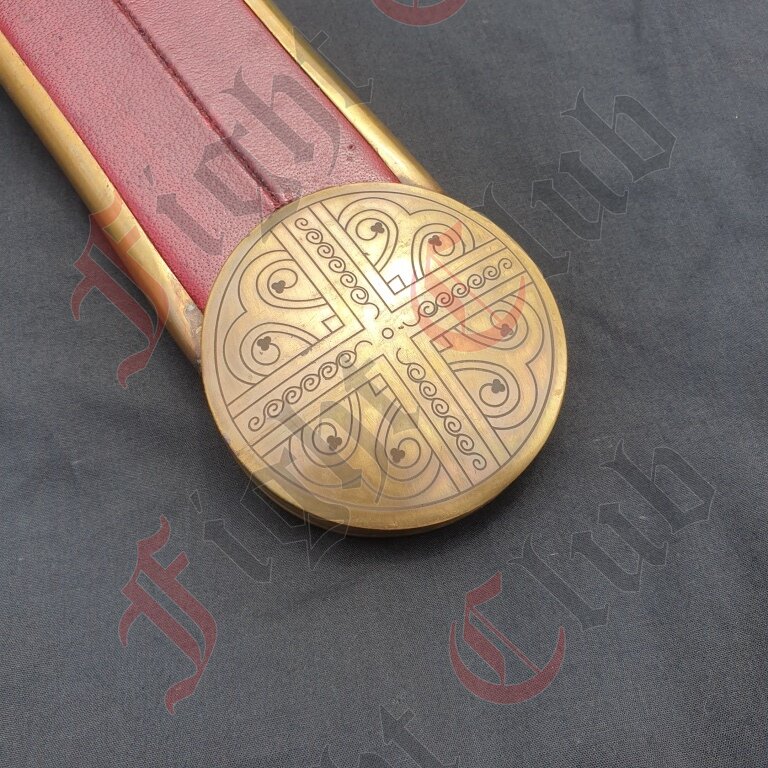 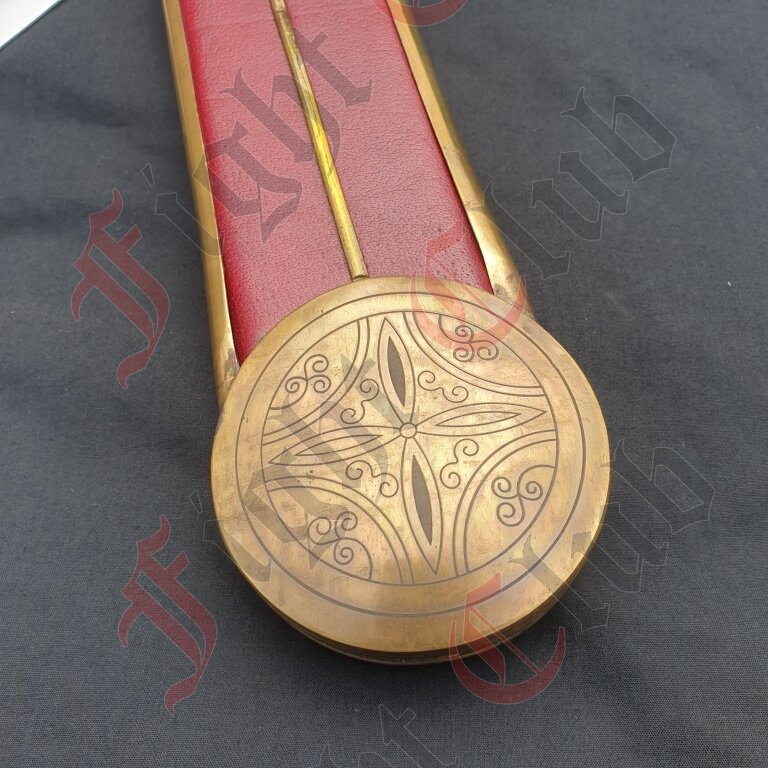 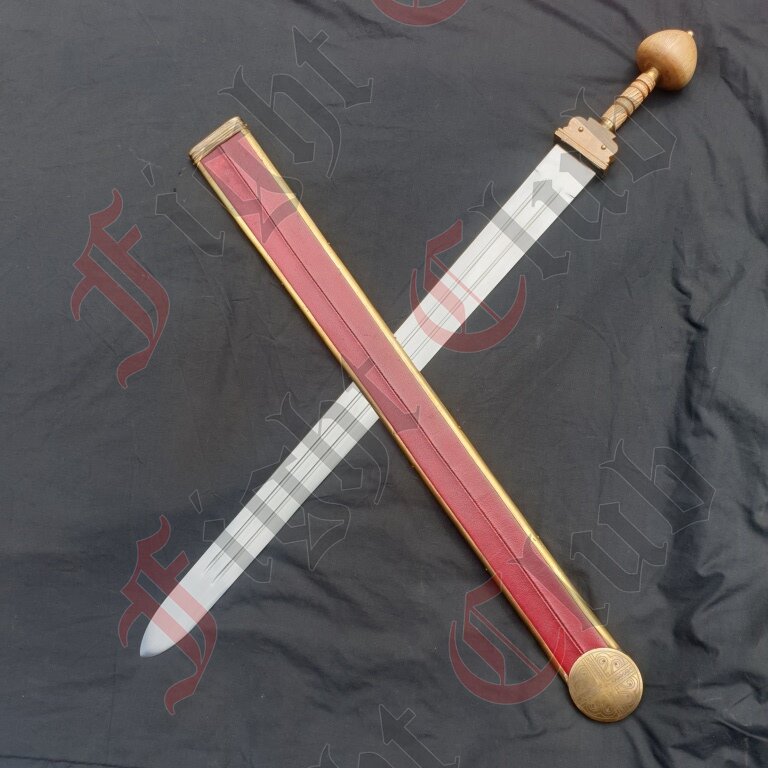 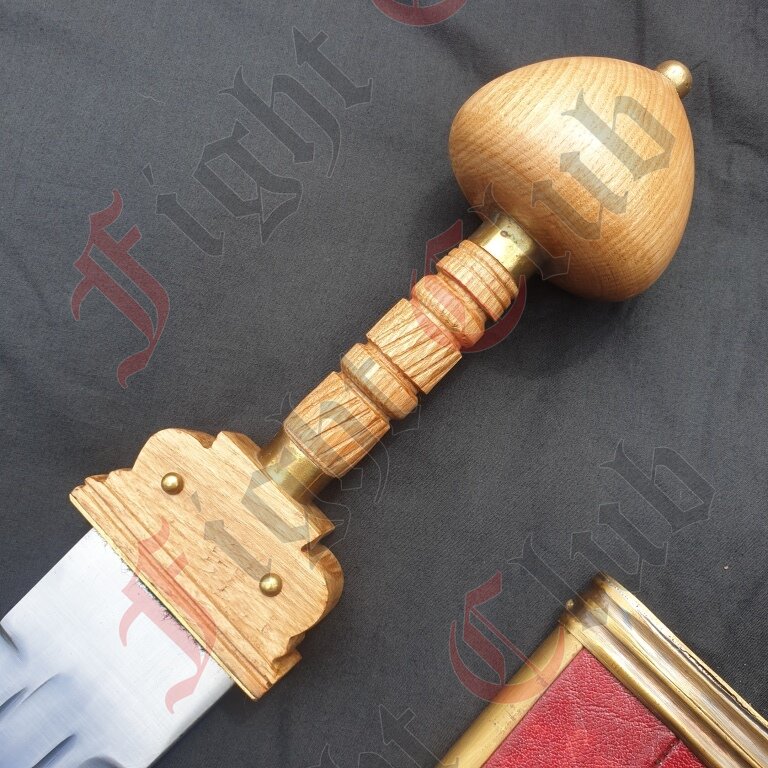 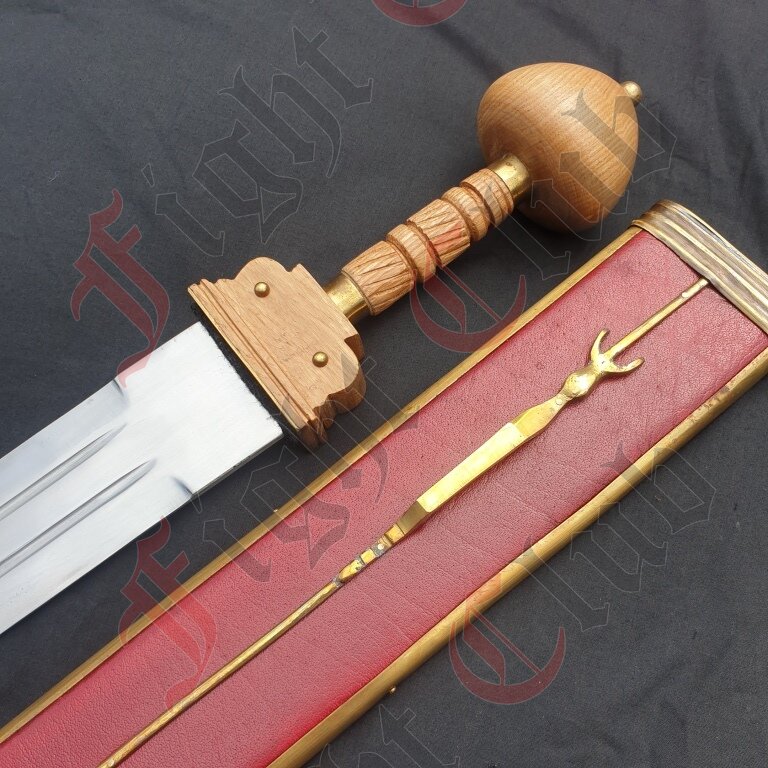 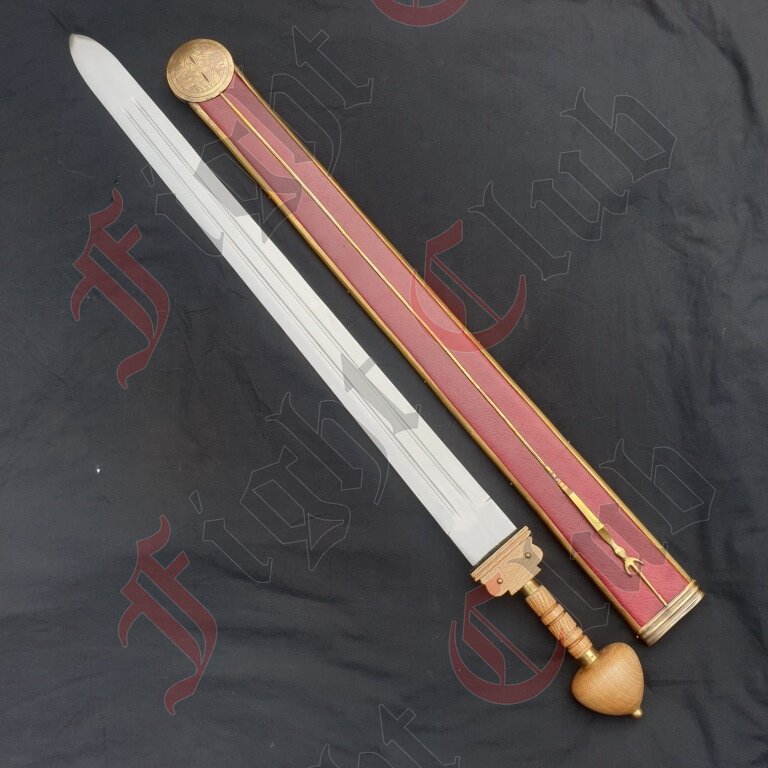 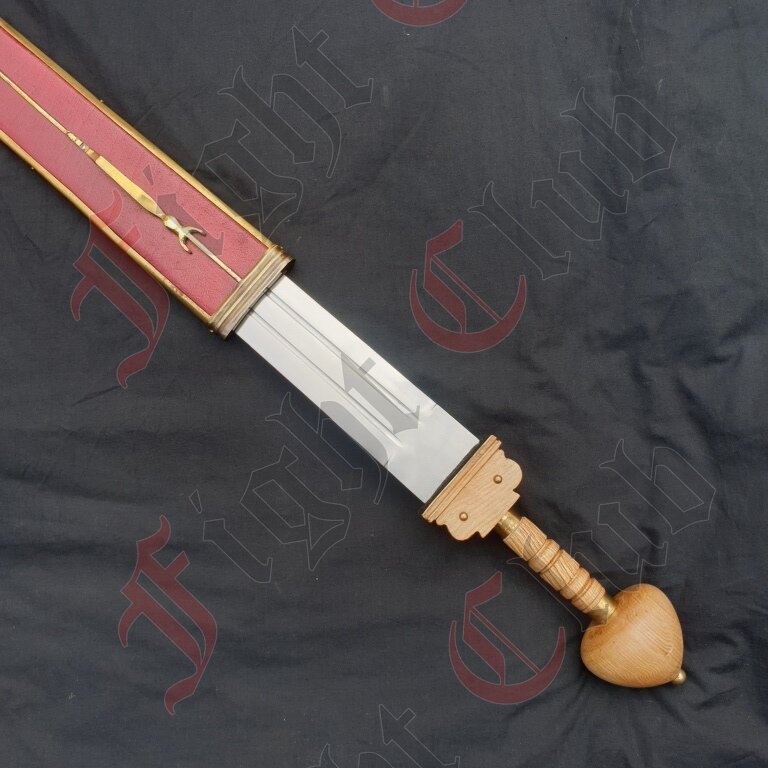 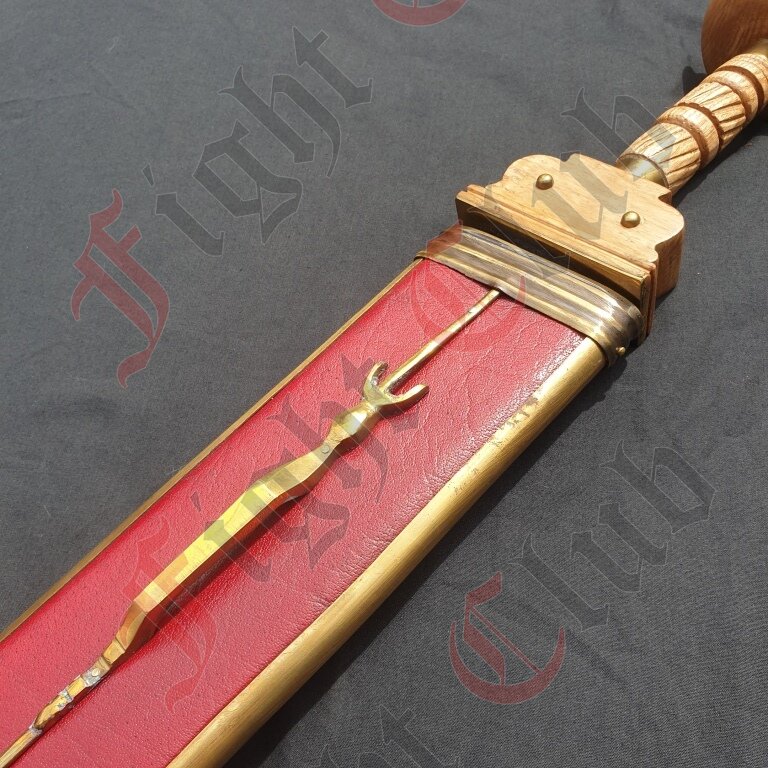 The Roman spatha was used in war and in gladiatorial fights. The spatha of literature appears in the Roman Empire in the 1st century AD as a weapon used by presumably Germanic auxiliaries and gradually became a standard heavy infantry weapon, relegating the gladius to use as a light infantry weapon. The spatha apparently replaced the gladius in the front ranks, giving the infantry more reach when thrusting. While the infantry version had a long point, versions carried by the cavalry had a rounded tip that prevented accidental stabbing of the cavalryman's own foot or horse.

This 2nd Century Roman Spatha has a broad, dual-fullered blade of high carbon steel which is securely mounted into a hilt of carved wood with brass accents and a brass guard plate. Included with the sword is a wooden scabbard which is covered in high quality leather and finished with brass fittings, including a dome-shaped chape piece which is etched with different design on both sides. Integrated onto the scabbard is a brass suspension loop which can be used to hang the sword from your own baldric or sword belt.