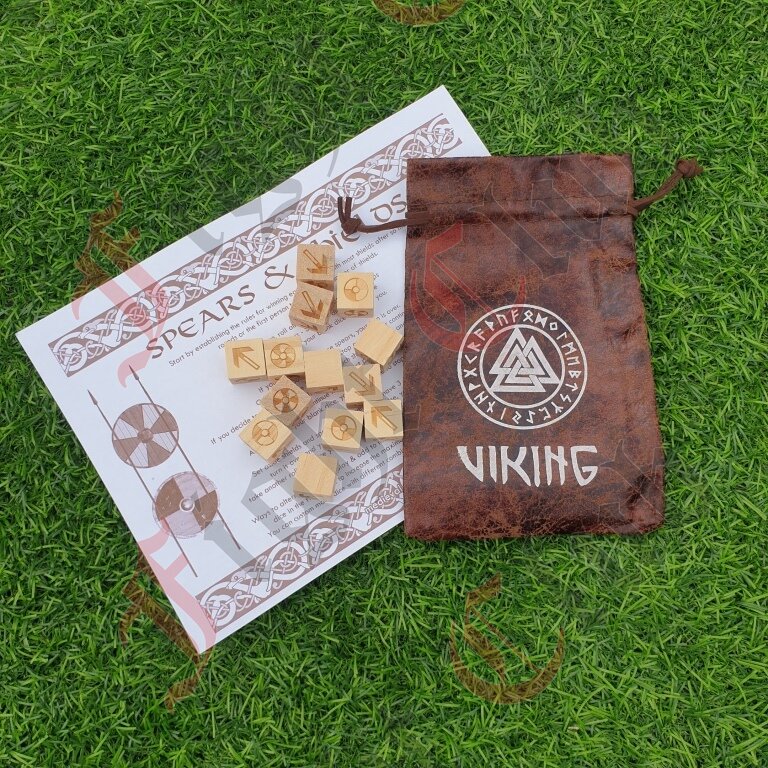 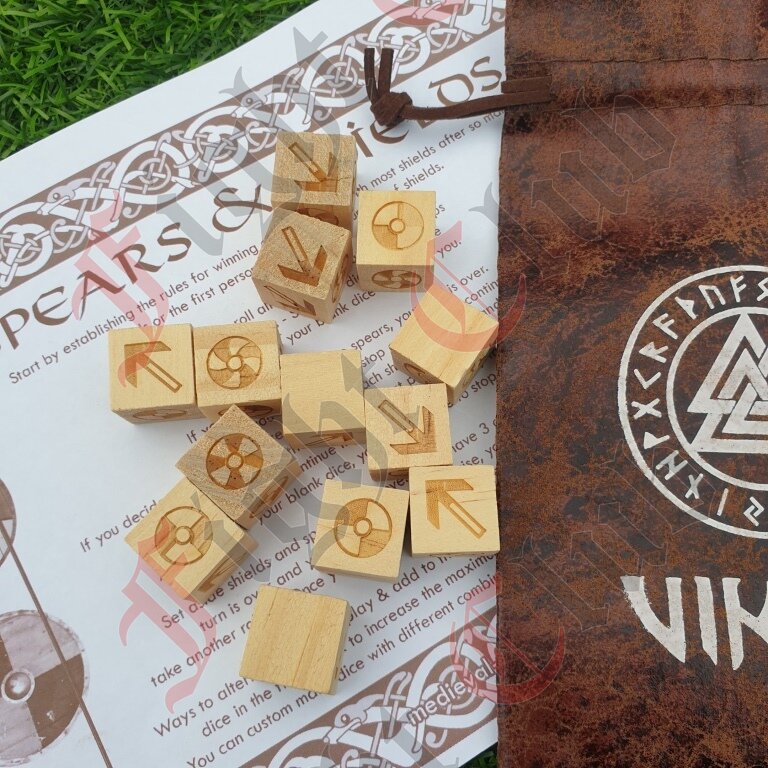 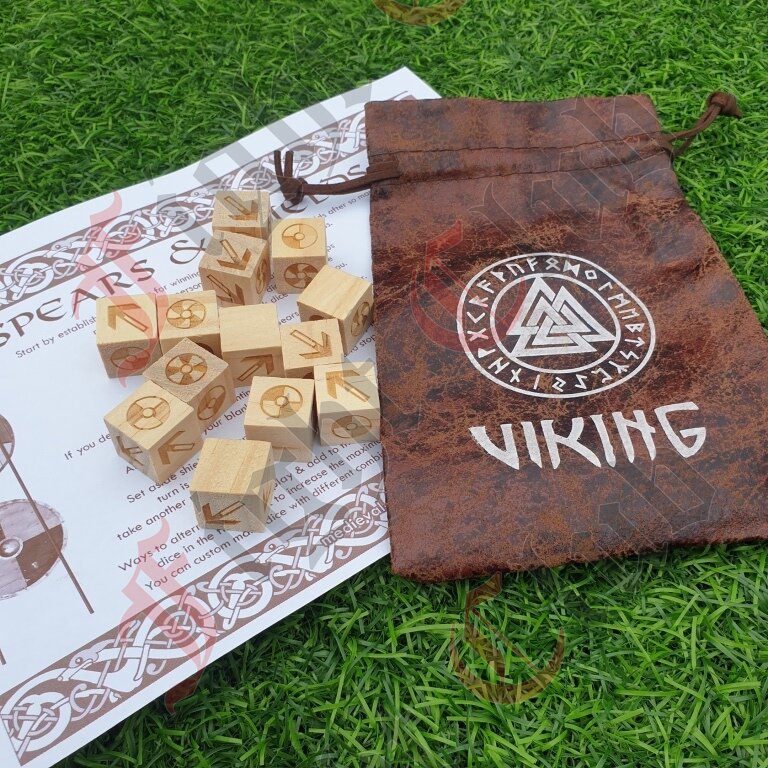 This game was made to be played by people of all ages. We have anachronistically named it as "Spjor & Skjoldr" which loosely translates to Spears and Shields, a favoured combination of weapons used by early medieval cultures like the Vikings.

A game set includes a small pouch,13 Viking dice & suggested game rules in English and a version using Viking words.The use of Viking words in the context of a game can be a useful educational tool.

The dice are approximately 1.5cm³ each and are made from wood.

Dice were originally made from the talus of hoofed animals, although it is uncertain where they originated, they have been used since before recorded history.