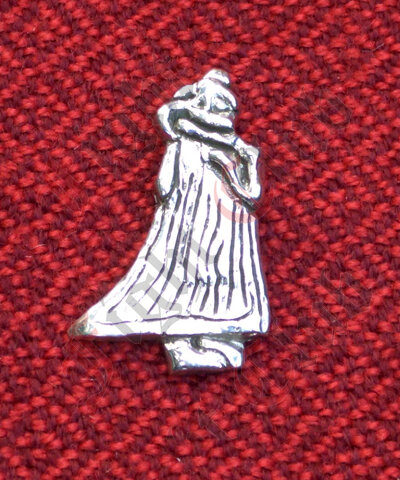 Description
Silver pendant of a woman in full-length profile. She comes from the princely fortified site called 'Ryurik Gorodishche' near Novgorod, and dates to the 9th or 10th century. Several such small female amulets are known in Scandinavia, but this is the only one found on Russian soil so far. These little figures sometimes carry drinking horns, and may thus depict the valkyries who serve mead to dead warriors in Valhöll. Her rather worn and damaged features have been restored 'as new', inspired by a similar pendant from Sweden. Suspension loop on rear.