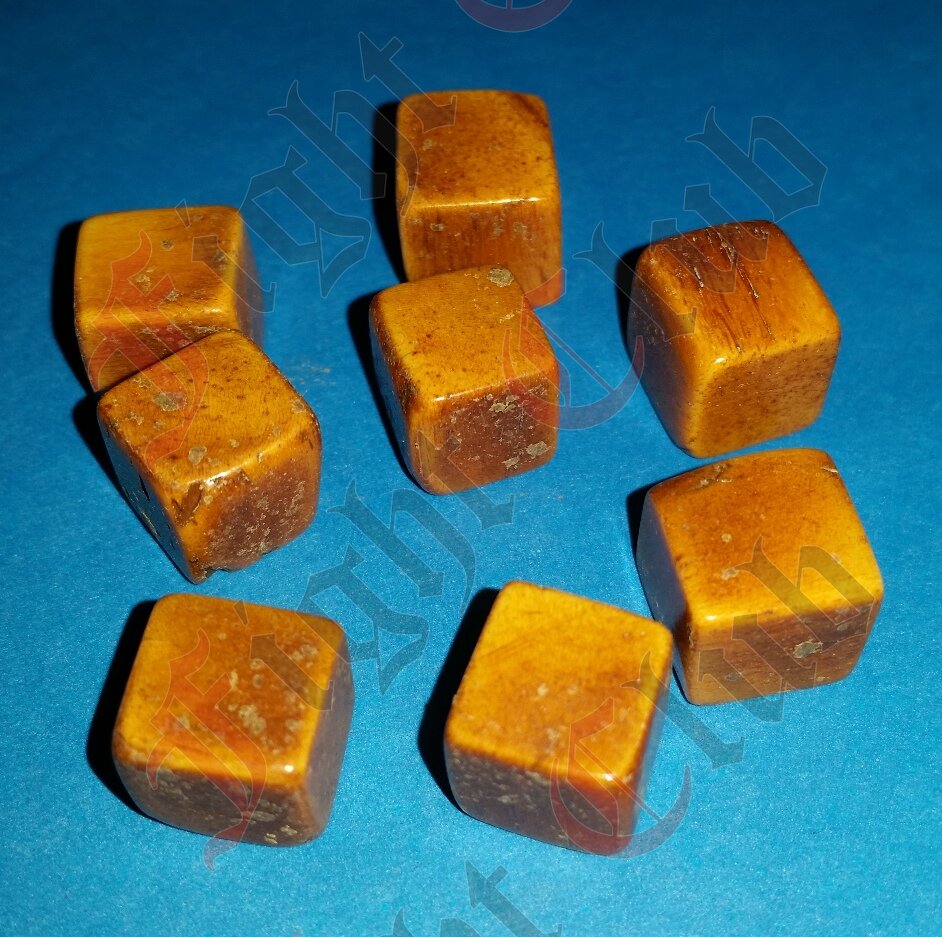 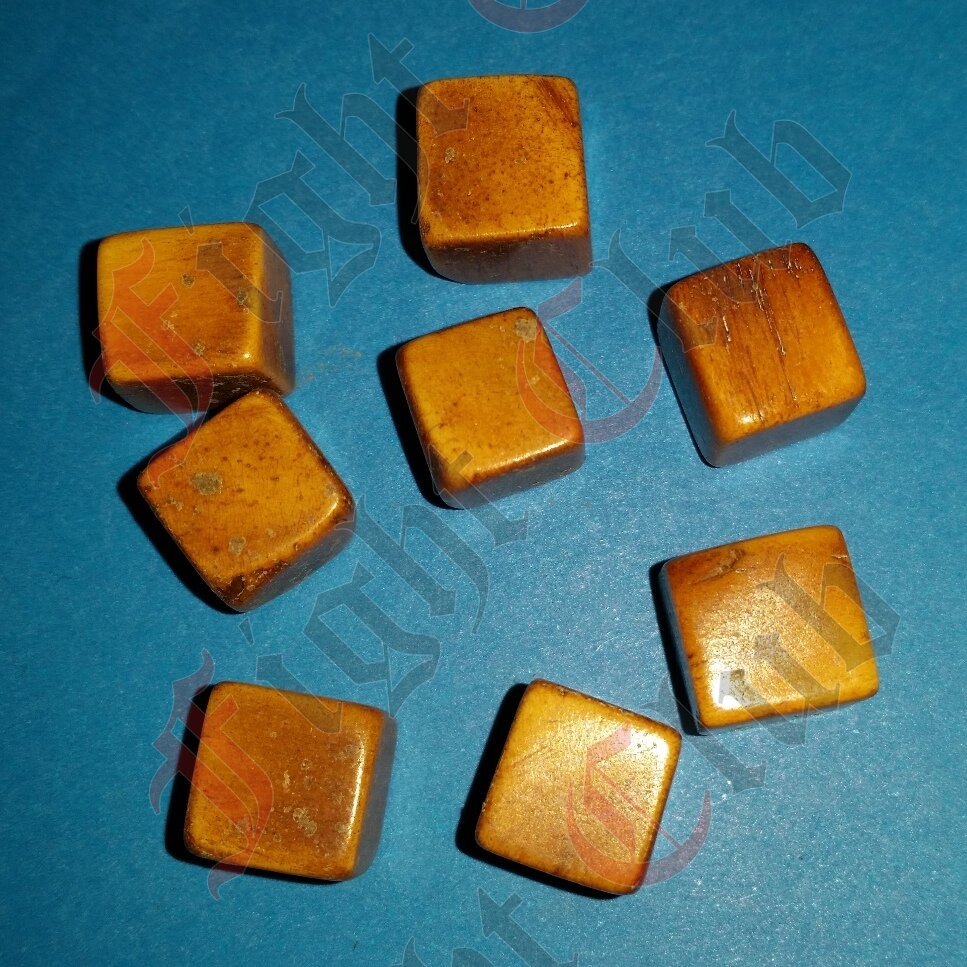 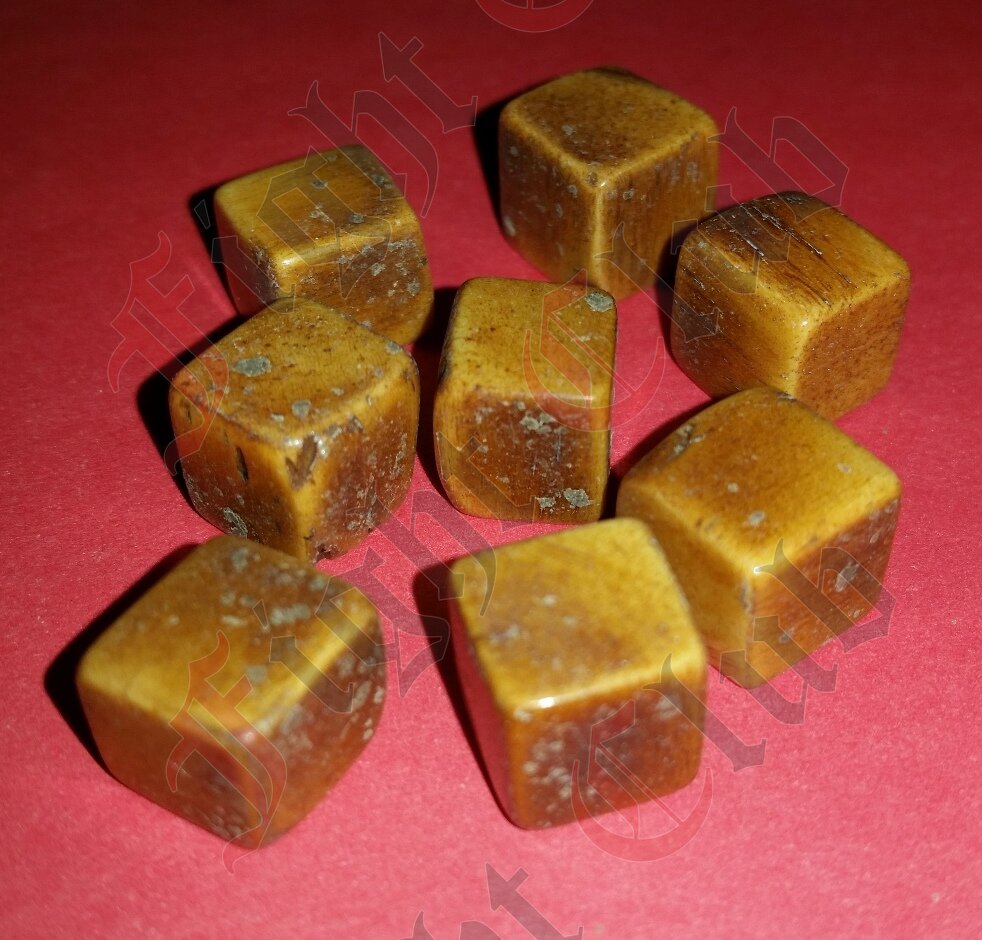 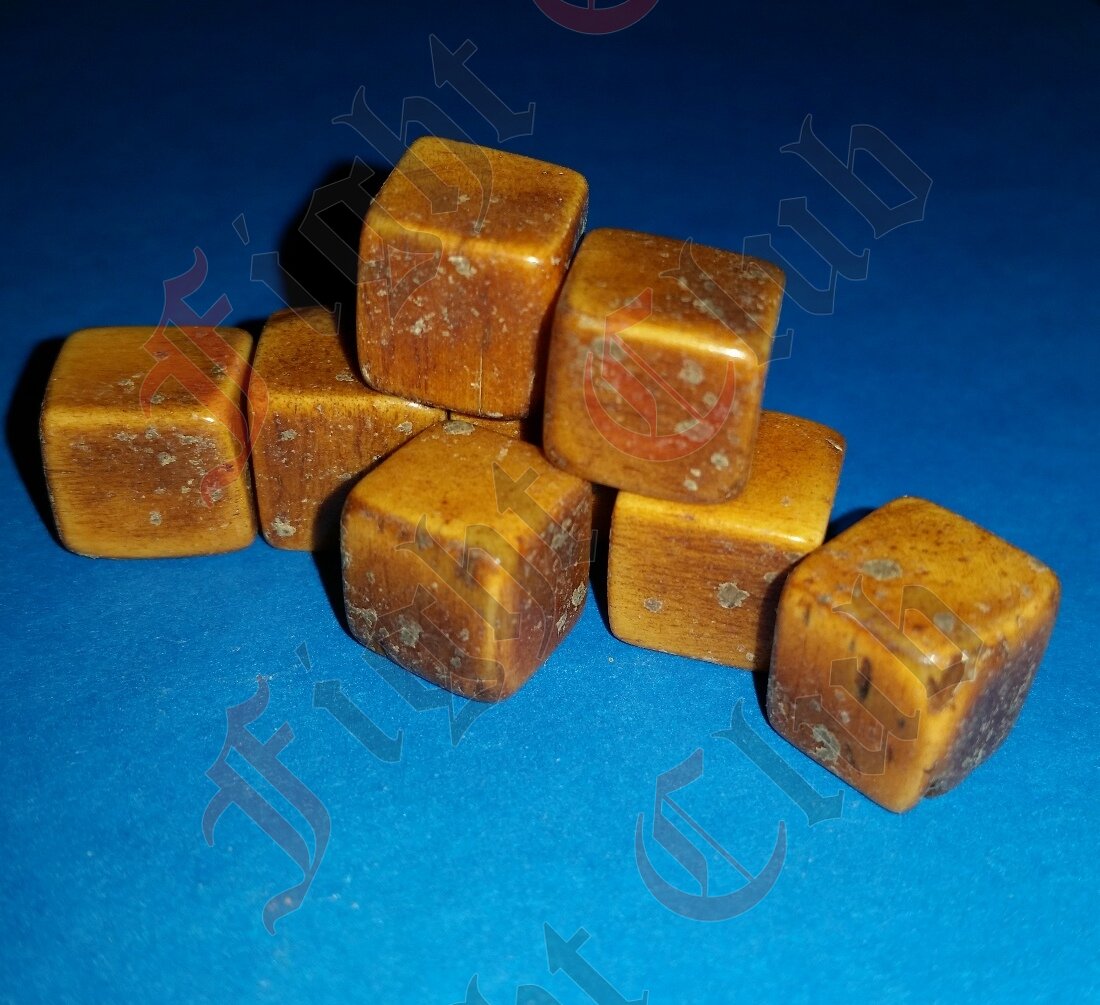 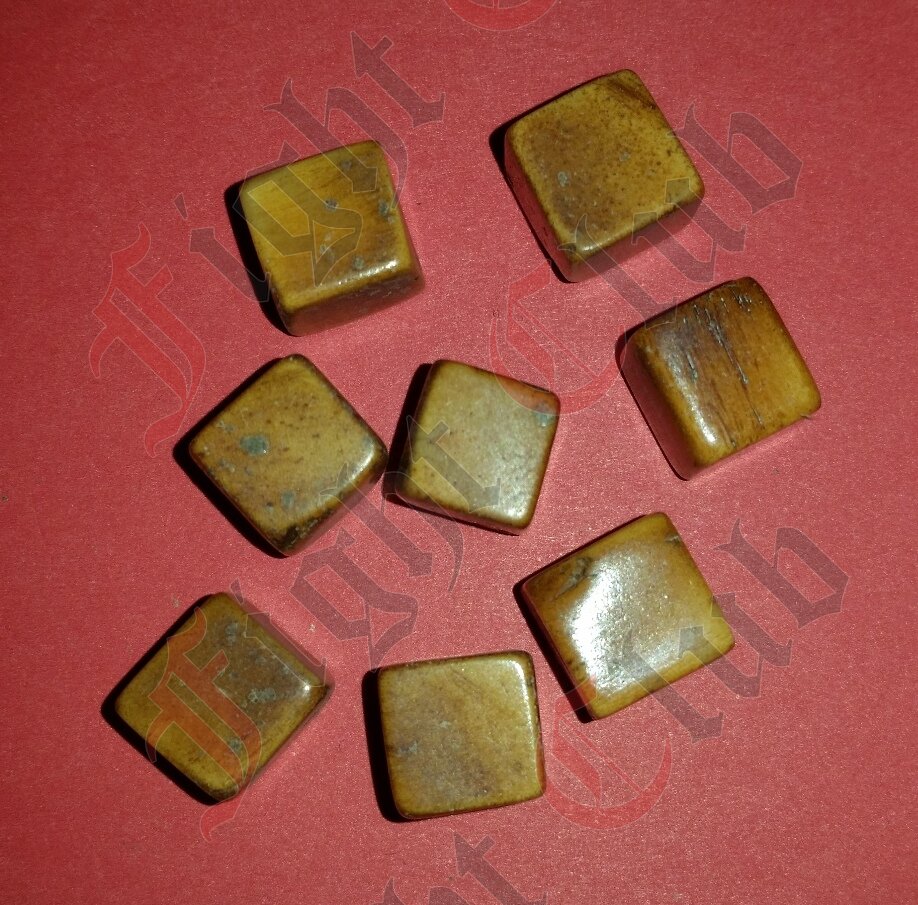 Polished blank bone dice for you to make your own game or replicate one from history. Size matched to our existing dice such as our Viking dice game "Spears and Shields" so you can make some alternate combinations to make the outcome more challenging. To mark them simply scratch them with the tip of a knife, nail punch, scribe or any other sharp metal tool that you can safely manage.

Antique rustic style bone dice – Our blank bone dice are supplied as a set of 8. Made from genuine real cow bone, and have that perfect rustic, old world feel to them.

The dice are approximately 1cm³ each and still have some wax residue from the polishing residue. Every dice is hand made and while there will be some variation, our photo should be a fair representation of the overall quality.

Dice were originally made from the talus of hoofed animals, although it is uncertain where they originated, they have been used since before recorded history. The oldest known dice were excavated as part of a 5000-year-old backgammon set at a site in south-eastern Iran.The Romans were passionate gamblers, especially at the peak of the Roman Empire, and dicing was common though forbidden except during the Saturnalia. Horace derided youths who wasted time on dicing instead of horse-chasing. Throwing dice for money was the cause of many special laws in Rome. Roman dice are commonly thought to be rectangular instead of square.